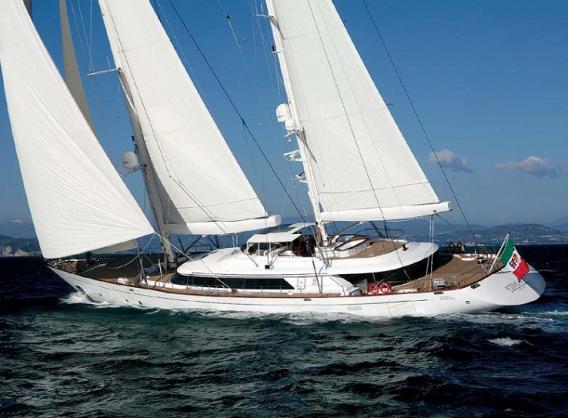 The interior design is by Christian Liaigre. It features 5 guest cabins, a dining room, gym and a multi-media room. Water skis and full sets of diving gear were also included in the sale.

Rosehearty can reach speeds of 13 knots, making it ‘ideal’ for worldwide cruising. There are three steamer-style loungers, flybridge sunpads and an on-deck jacuzzi.