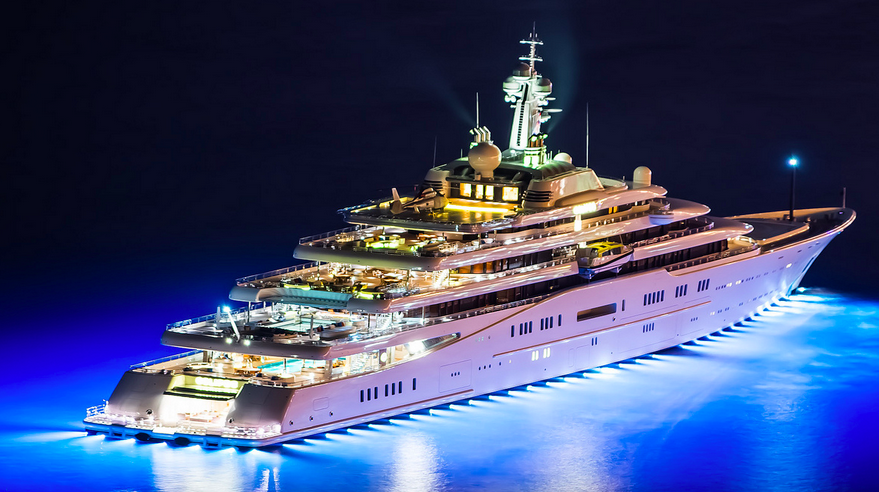 M/Y Eclipse is a luxury motor yacht constructed by Blohm + Voss in Hamburg, Germany. Its exterior and interior were designed by Terence Disdale Design and its naval architect was Francis Design. The yacht was delivered to Russian businessman Roman Abramovich on 9 December 2010. At 163.5 metres (536 ft) long, Eclipse is the world’s largest private yacht, 0.5 metres (1 ft 8 in) longer than the Dubai, which belongs to Sheikh Mohammed, the ruler of Dubai. The yacht’s cost has been estimated at €340 million (approx. US$475M as of September 2011), but a September 2009 report indicated that final costs could approach €800 million (US$1.12B).

Agent4Stars.com – The Finer Things in Life