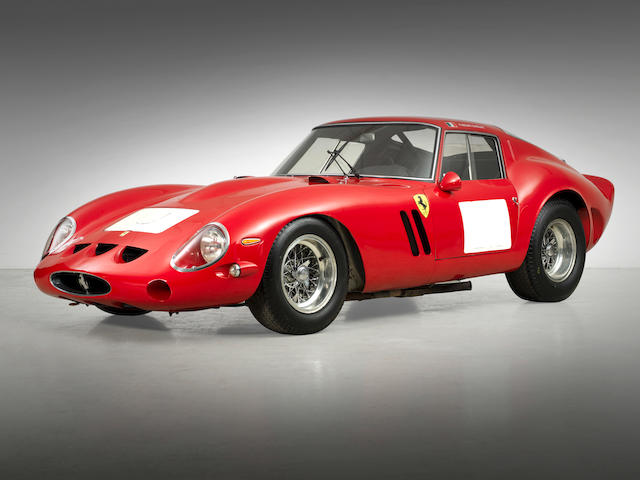 One of 36 built in 1961-64, sold for $38.1 million at the Bonhams Quail Lodge Auction Thursday the 14th of August 2014.. The sale is one of many events taking place this week on the Monterey Peninsula of California in conjunction with Sunday’s Pebble Beach Concours d’Élégance.

Bidders from around the world were in attendance in the audience and on the telephones. The auction pavilion was filled to total capacity with overflow on the lawns watching the happenings live on the numerous television screens. After the start of a bidding war that at times resembled a tennis match, complete with moments of silence interrupted by cheers, the audience erupted in applause when the fall of the gavel confirmed the final price.

Robert Brooks, Chairman of Bonhams, said, “It’s been a genuine privilege to represent this outstanding car and we are absolutely delighted with today’s results. We’ve always maintained that we would exceed the current world record and that the car would bring between $30-$40-million and today the GTO did just that.”

At a time when prices of vintage cars have been rising to new heights, Ferrari GTOs have been considered strong candidates for resetting the record for the most expensive automobile sold at auction. In that sense, the hammer price of $34.65 million (before the buyer’s premium) was a success, though it fell short of expectations by some that exceeded $50 million.

This sale, for the 250 GTO was the first public offering of a 250GTO in many years.

Another accident free 250 GTO sold for usd 60million less than 1 year ago in a private deal.

Henri Oreiller crashed fatally in the 3851GT at Montlhéry Autodrome in France October 7, 1962.

The car was rebuild by Ferrari in 1962, it was badly damaged after hitting a trackside building.The big question, how well was it rebuild? 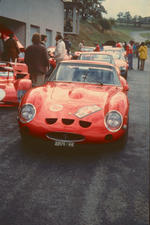 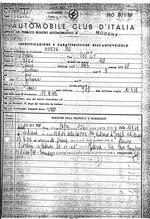 Tags
1962. The car was rebuild by Ferrari in 1962 3851GT Another accident free 250 GTO sold for usd 60million less than 1 year ago in a private deal. So why did the sell for less? Henri Oreiller crashed fatally in the 3851GT at Montlhéry Autodrome in France it was badly damaged after hitting a trackside building. video Violati´s FERRARI 250 GTO (3851GT) Sells for US$ 38m at Pebble Beach